“Chester has done more to bring the cimbalom to the awareness of American listeners than anyone I know of. His unique combination of superb musicianship and curiosity for new ideas makes him an ideal collaborator for us composers. Over the past decade I have written specifically for him in three of my most ambitious works, The Gospel According to the Other Mary, Scheherazade.2 and my most recent opera, Antony and Cleopatra. The color and atmosphere that the instrument produces when integrated into the modern symphony orchestra is extraordinary. I never think of it as “exotic” but rather as an added timbral dimension to the ensemble of instruments that constitute the modern orchestra.

With his background as an orchestral percussionist Chester brings a secure rhythmic sense to his playing. If I can think that by writing major parts for him I’ve helped in a small way to flag his talents and the instrument itself to the attention of my other composer friends, that would be a great pleasure. I value both his artistry and his friendship greatly.” -John Adams 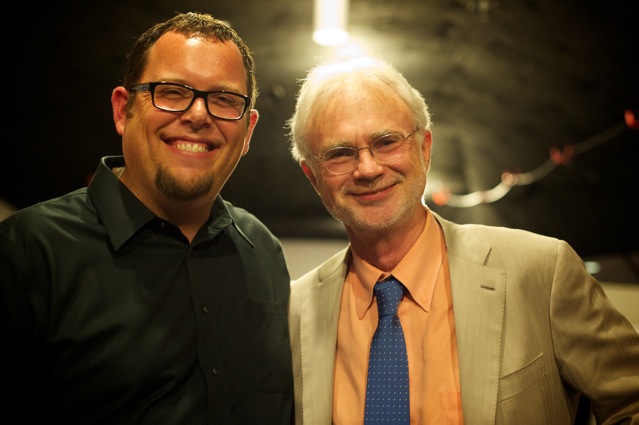 Acclaimed for his “unnerving dexterity” (San Francisco Chronicle), his “boldly played” (Los Angeles Times), “vivid” (The New York Times), and “expert” (St. Louis Post-Dispatch) performances as the solo cimbalom of John Adams’ Scheherazade.2, and praised by the NYT for the “brilliant clarity” of his performance of the featured cimbalom part within Mr. Adams’ The Gospel According to the Other Mary, Chester Englander has a thriving career as a percussionist and concert cimbalom player with orchestras throughout the country.

“Golgotha, where Jesus is crucified, is depicted as a somberly demonic carnival: the chorus, a growing rumble of babbling voices; twirls of clarinet; a clatter of cimbalom. That hammered Central European dulcimer — played beautifully, as in Los Angeles, by Chester Englander — remains an ingenious central element of the score, its twang simultaneously folksy and otherworldly.” -Zachary Woolfe, New York Times 4/1/2017 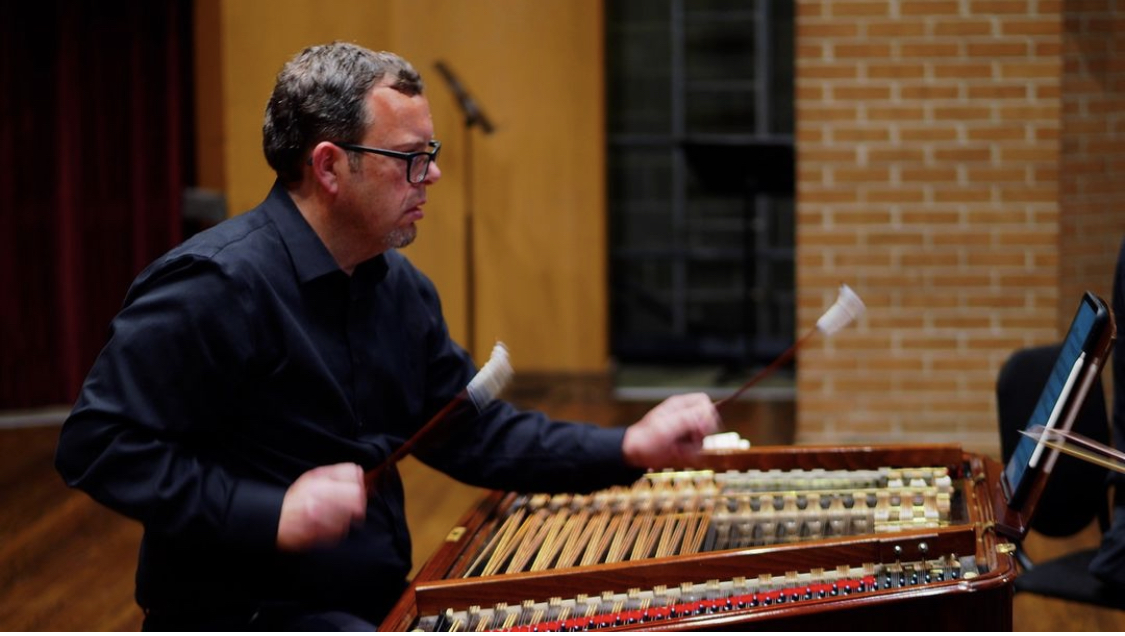 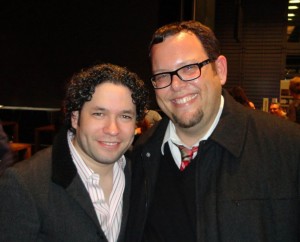 Chester performed as a soloist with the L.A. Philharmonic New Music Group on two occasions, in 2008 as Glockenspiel soloist on Des Canyons aux Etoiles by Olivier Messiaen with Esa-Pekka Salonen conducting, and in 2010 as Percussion soloist on Pierced by David Lang with Jeffrey Milarsky conducting.  He also performed as Solo Cimbalom for the U.S. Premiere of da capo by Peter Eötvös with the composer conducting the New World Symphony in April 2015. Chester can be heard on the Cantaloupe, Deutsche Grammophon, Interscope, Naxos, Nonesuch, and Seattle Symphony Media labels. Chester can be seen on the DVD recording of the 2009 World Premiere of City Noir by John Adams with the Los Angeles Philharmonic, and he can also be heard playing percussion on the scores of the video game Resident Evil 5 by Capcom, Assassin’s Creed: Brotherhood by Ubisoft, and the movie Earth by DisneyNature. Chester recently performed cimbalom for the score to Slumberland for Netflix, scored by Pinar Toprak. He also played percussion on the recording of Reach For the Stars by will.i.am that was broadcast on Mars from the NASA Curiosity Rover.

Chester recently announced a new cycle of solos for cimbalom, the first to be written by American composers.  The list of composers includes Joseph Pereira, Sakari Dixon Vanderveer, Sean Shepherd, and Andy Akiho. These commissions will be recorded for CD release during the 2023-24 season, to commemorate the 150th anniversary of the invention of the concert cimbalom by József Schunda of Budapest, Hungary.

This September, Chester joined the San Francisco Opera as Solo Cimbalom for their World Premiere production of John Adams’ newest opera, Antony and Cleopatra.  Chester was also recently featured in an interview with Finnish music journalist Jari Kallio in his blog “Adventures in Music”, in an article titled “Championing the Cimbalom in American Music”.

Chester Englander is an Artist Clinician for Pearl Drums/Adams Percussion, Freer Percussion Products, and Zildjian Cymbals.  He and his lovely wife, violinist Rachel Englander, are proud parents to their adorable daughters Charlotte and Alice.

If you have any questions feel free to contact me.